What Is the Cost of Shutting Down Government to De-fund PLANNED PARENTHOOD: Too Bad If There’s A Salmonella Outbreak or a Traveler with Ebola 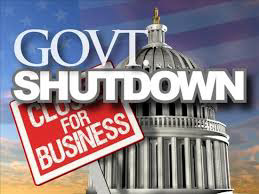 Senator Elizabeth Warren (D-MA) gave quite a statement on the floor of the U.S. Senate about the vote to cut all federal funds to Planned Parenthood.  She asked, only partially facetiously, “Did you fall down, hit your head, and think you woke up in the 1950s or the 1890s?” She then noted that this was just one more of scores of votes by Republicans in the U.S. House and Senate and in State legislatures against women’s health and welfare. And I would note this includes resistance to enacting bills to prevent spousal abuse to measures that would guarantee equal pay, m

aternity leave, and access to cancer screenings and contraception — not to mention requiring  invasive, humiliating and medically unnecessary procedures for women seeking a legal abortion.

I agree with Senator Warren. But I have my own views about defunding Planned Parenthood and the cost of shutting down the federal government. And over its being done because of myths and gross lies by people like Senator Ted Cruz (R-TX) and Carly Fiorina. Shame on those systematic lies and misleading videos. Shame on t 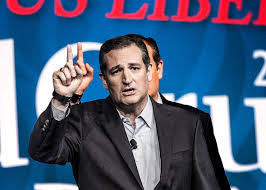 he liars. And shame on the two-faced Republicans who have supported the use of fetal tissue, including that obtained in abortions, but now join the band-wagon denouncing Planned Parenthood. Hypocrites.

In fact, almost every American has benefited from research on and use of fetal tissue. This includes research that led to vaccines for polio, German measles, and chicken pox, as well as research on treatment of Parkinson’s disease, blindness, cancer, and juvenile diabetes, to name a few diseases.  As The Washington Post observed, “The patients helped by the science don’t come from just one side of the political aisle.” (https://www.washingtonpost.com/posteverything/wp/2015/08/04/despite-their-planned-parenthood-outrage-many-republicans-in-congress-once-supported-fetal-tissue-research/).

Shame on Republicans who have not spoken up. Republicans like Dr. Ben Carson who used fetal tissue in research (http://time.com/3996458/ben-carson-fetal-tissue/; http://www.washingtonpost.com/news/the-fix/wp/2015/08/13/ben-carsons-tortured-defense-of-his-research-with-fetal-tissue/). And Republicans who voted “yes” on bills supporting the use of federal funds for use of fetal tissue in research but failed to speak up, even though the 1993 bill passed with significant bi-partisan support.

Indeed, the bill that authorized federal funding for use of fetal tissue (after years of a moratorium), the NIH Revitalization Act of 1993 that authorized federal funding for fetal tissue research passed by 85-12 in the U.S. Senate, including 30 Republican votes (e.g. McConnel, McCain, Hatch) and passed in the House with 43 Republican votes (https://www.govtrack.us/congress/bills/103/s1). Many of these Republicans opposed abortion but supported prevention and treatment of the diseases afflicting millions of Americans (https://www.washingtonpost.com/posteverything/wp/2015/08/04/despite-their-planned-parenthood-outrage-many-republicans-in-congress-once-supported-fetal-tissue-research/).

Certainly, hearing about use of fetal tissue is heart-rending. I expect that being asked to donate your husband’s or child’s heart, kidneys, liver and corneas is heart-rending too, as is keeping a loved one alive on machines until the organs can be “harvested.” But just as there are fees for taking, preserving, and moving adult organs for transplant, so too with fetal tissue. Similarly, families of patients with Alzheimer’s disease are asked to donate their loved ones’ brains to science immediately after death. I’ve been on the train between Duke hospital buildings when the train broke, and two aides pushing a seemingly empty gurney, raised the sheet, pushed a lever, and hoisted a dead body out of the gurney and carried it down the tracks, running, since the brains are “good” for research only if they are harvested in a short time after death.

All of these procedures involve costs and often fees — NOT SALE — fees for the processing. All can seem ghoulish. Yet each involves critical research and science that saves lives — or holds the promise of saving lives. Just as we, as a nation, do not allow the sale of organs, we don’t allow the sale of fetal tissue. But federal law does allow payment of reasonable expenses. However, opponents of abortion are willing to distort the issue of fetal tissue for research in order to kill off an organization whose primary purpose is the provision of health care, including contraception that prevents unintended pregnancies and prevents abortions. They are willing to close-down the federal government in order to cripple an organization that one in five women have turned to for health care during their lives. And they are willing to lie and distort facts to achieve their goals. So, aside from Planned Parenthood, who will be affected:

The CDC will also stop offering its usual assistance to state and local authorities, who rely on the agency for help in tracking unusual outbreaks of infectious diseases and food poisoning

Just too bad if there is salmonella at chicken or turkey plants or outbreaks of Dengue or Nile fever, a traveller with Ebola, or early outbreaks of a new and serious strain of flu. And children and pregnant women with those unborn children we care about so passionately — too bad if they don’t get the nutrition they need. That’s just the price we pay for the views of a minority.