Trump’s “Words” and Clinton’s “Actions”: A Distinction Without a Difference? 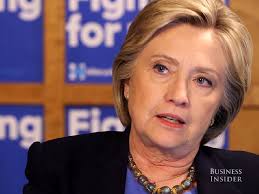 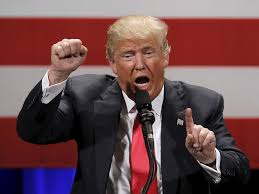 The die-hard Trumpeteers don’t really care what DJT says. As he admitted earlier in the campaign, he could shoot someone on 5th Avenue, and they would still vote for him.

My response to those Trumpeteer women voters who say “it’s just man talk, bad boy talk. I hear it all the time,” is fairly simple. [posted earlier on Facebook]

“You should find some new male friends and a new sense of their own worth. Guys who talk about sexual assault as if it were as common as talking about sports are the scum that floats on the edge of the gene pool. You best get shed of those guys before they infect you with the same diseases that twisted and sickened their souls.”

But, then we have the sleazy surrogates and campaign staff like Kellyanne Conway and Rudy Giuliani (asshats all) who crow, “Why should we be talking about what DJT said, when Bill and Hillary did so much worse?  He assaulted women.  She shamed and attacked them.”

All these asshats may try to kid us, but they (especially the women among you) know the dark truth.  How would DJT know that “women will let you do anything if you are a celebrity”?  Duh, because he has done it; that’s how he knows.

These women also know that no man who is almost 60 years old talks like that about women, unless he is deeply misogynistic and completely convinced that he can use his power to do with women (these objects) anything he wants.  Men like that don’t just talk trash; as sure as our planet rotates on an axis, they invariably do trashy things.

Do DJT’s sins absolve Bill Clinton?  No, they do not. Clinton throughout his life in politics and the public eye used his status to further his hormonal or ego-fed urges.  Personally, I think he is the worst thing about HRC’s candidacy.  He disgraced his office and wasted almost his entire last term defending his misdeeds.  A lot of people still love him.  I may respect some of what he has done, but I neither respect nor even like him.

But, Bill Clinton is not running for office. HRC is the candidate. What did she do?  She believed her husband and tried to protect him, his legacy, and his work.  She did what any wife  or husband would do, until it became clear that it was all, in its ugly glory, true or close to the truth.

So, HRC may be guilty of taking unseemly actions to protect her family and her husband. She may have had Bill’s accusers investigated, and she may have been dismissive of their claims. It may not be a pretty thing, but it is what most of us would do if we believed our spouse was being unjustly attacked.

But, compare that with the recent actions of DJT in the Machado affair.  What did he do? He tried, during this campaign, to discredit her with a tweet about a non-existent sex tape and with continuing attempts to body shame her. I think all of that is really much worse action than anything Hillary did back in the 90s, and he did it during this campaign.

Did he do this to protect a family member whom he thought was unjustly accused? No, he did it to cover his own ass and deny what a towering orange mass of misogyny and narcissism he truly is.

Words can be bad; some actions can indeed be worse than words. Some words can also be worse than actions. But, words and statement are themselves actions, at least according Trump, et al. when they talk about HRC (e.g., shaming or discrediting words are treated as actions).

Commentators and voters need to hold DJT to the same standard that he and his cronies have set for HRC.  His words are actions; they are as hurtful as a punch in the nose.  Even worse, they are incredibly dangerous in “the man who would be king.”