[Unfortunately, the recent horrors in Orlando bring us back to this topic again.  The LGBTQ community knows this was a hate crime.  You don’t go at the people in an LGBTQ nightclub with an AR-15 without it being a hate crime.  Yes, the perpetrator called out his support of ISIS.  Does that mean he is an Islamic jihadist?  A Daily Beast commentator on CNN and good ol’ Tom (FBI) Fuentes raised the flag of ISIS. Trump, of course, blamed it all on President Obama and his careful language.  The act in Orlando was terrorism, and a horrible hate crime.

This was different.  Yes, Mr. Daily Beast, the act was in line with ISIS teaching and actions in the Middle East, but it is not business as normal for ISIS inspired long wolves in the west.  No ISIS inspired terrorist in the west has ever before targeted anything other than a convenient congregation of Americans.  Hate crimes are hard to define, but an attack targeted at a clearly defined vulnerable population that has been stigmatized by segments of a society is good enough.

“In its broadest sense, [terrorism] is defined as the use of violence, or threatened use of violence [by individuals or groups, not a state], in order to achieve a political, religious, or ideological aim.” (https://en.wikipedia.org/wiki/Terrorism)

Under this useful definition, all hate crime is terrorism.  It is simply focused terrorism, but it is terrorism nonetheless.

So, when faced with act of terror.  What must we do.  Here is my answer from about seven months ago.

[This post was written after the Paris attack.  The new horrors in Belgium seem to make it relevant again. At times of tragedies such as these, we desperately need to know who and what threatens us.  But, we must beware of where and how we focus our anger and fear.  We must come together to battle these horrors; we must not let them set one demographic or religious group against another.  Terrorist are psychotic criminals who operate far beyond the bounds of true religious community.]

For some time now, President Obama has drawn considerable criticism from Republicans because of his administration’s purposeful attempt to draw a line between Islam and terrorism.  He wants to separate the two, and many don’t like that attempt.  The most recent attack in Paris and Brussels (prayers from all of us to all who suffer from that attack) has brought us back to airwaves filled with fear-mongering concerning Muslims.  Yes, ISIL is scary. They are terrorists.  Terrorists are scary. But, is Islam really the issue here?

Ted Cruz wants the US to be less concerned about civilian (i.e., Muslim) casualties in its attacks on ISIS. He wants Muslim communities “patrolled.” Ben Carson wants

to stop all immigration from the Middle East. Trump wants to ban immigration by Muslims and wants to return to torture as an American policy.  He even wants the US to engage in state terrorism by attacking families of terrorists. ISIL is definitely filled with people who call themselves Muslims, and who say that they are acting out the commands found in the Quran.  But, does that really make them “Muslim or Islamic terrorists?”

Some perspective may be gained by looking at what we in the US have done with acts of terror committed by Christians. Did we call the foment or of the tragedy at Waco, David Koresh, a “Christian Extremist?”  Koresh was always named a “cult leader.” Those who attacked and killed abortion providers were “abortion opponents” not “Christian Terrorists” or Members of The Army of God, a Christian sect with some members prone to violence. Christian Identity members in the 1990s robbed banks and planted bombs; they were just considered criminals.

An ordained minister in the Christian National Church and former candidate for Congress was arrested for planning a 1995 attack on Muslims in NYC.  Frazier Glann Cross , who was recently sentenced to death for three murders of people he assumed were Jewish, has been affiliated with the Christian Identify movement, as have other violent groups and individuals. These are all US examples, but when one looks worldwide, an even grimmer picture comes into focus (https://en.wikipedia.org/wiki/Christian_terrorism). 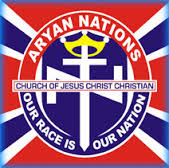 The terms “Christian extremists” or Christian terrorists” could easily have been thrown around many times in our recent history, but they weren’t. Had they been, the dominant faith community in this country would have howled.  Bill O’Reilly’s head would have exploded.  Franklin Graham would have had a seizure.  More importantly, we would all have realized that these acts were such a perversion of Christian teaching that they didn’t really deserve to be called anything other than terrorist acts.

Thomas Friedman in NYT, following the earlier Charlie Hebdo attack, said that we shouldn’t deny that the current wave of violence comes out of the Muslim “faith community.”  True, it is violence done by people who call themselves Muslims and use their claims of religion to justify wanton cruelty and instrumental violence for political, economic, or social ends.  I guess we have to call all those foul acts that are done by Christians in furtherance of what they see as Christianity as coming out of the Christian “faith community.”

Glenn Frazier Cross is a terrorist.  But, he is sure of his place at the right hand of his Christian god.  What does this triple murderer say about his God and Judgment Day? As he was led away from the courtroom, Cross said: “One day my spirit will rise from the grave and you’ll know I was right. I’m a happy man.” That doesn’t make him a Christian terrorist, just a murderer and terrorist pursuing his own twisted version of his ideas and his own sociopathic urges.

Also, we would do well to remember that the vast majority of victims of these “Islamic” terrorists have themselves been Muslims–think here about Boko Haram, the Nairobi mall, the school attack in Pakistan, as well as ISIL’s horrific executions and mass murders in its conquered territories. The victims of violence coming out of what Friedman calls the “Muslim faith community” are mostly Muslims. What true “faith community” preaches the murder of its own children?

So, there is a very good reason that the current administration tries to separate the religion of Islam and those who are Muslim from terrorism.  It is what other administrations and our entire society has correctly done for years when faced with acts of terror perpetrated by persons calling themselves Christians. If politicians had called for torturing Christian terrorists or killing their families, those politicians would have been shunned for the dangerous fools they are.

In these troubled times, we need to identify our true enemies in order to prevail.  They are not Islamic, Jewish, Buddhist, or Christian; they are extremists who cloak themselves in the mantle of some respected belief system in an attempt to somehow elevate their acts of inhumanity in the eyes of themselves or of their observers.  Let us not be fooled.

Faith communities are not our enemies; violent extremists are our foes. What do we do with them?  We stop them.  That means we imprison them, or, if we must, we kill them for the protection of all of us—of any faith or of any nationality..