US Population Polling on Immigration–We are not Donald Trump!

Let’s take a look at national polls for information on American attitudes about immigration and immigrants.  cp [cp=author’s comments]

For my friends in Mexico, 3/4 Americans believe you are honest.  Okay, the others are dumb. cp

In the US, we have maybe 1 out of 3 who have some sort of problem with current immigration.  This is not unusual.  At times, we have been concerned about Catholics, Irish, eastern european, Jewish, and southern european immigrants.  There is a nasty strain in American society of people who only want to see people on the streets who look like them.  Always has been this segment; they will always be around. Not good, but it is not tragic.  It is far from the majority of Americans.

McTrump says a nation without border is not a nation.  I say that a nation that forgets its immigrant heritage and heaps scorn on those who come here to build a better life for themselves and their family is not a good nation (Yes, Jeb, immigration is an act of love and don’t let them steamroller you on this!).

No one should, or could, doubt that we are in fact a country; what much of this talk about immigration makes some of us here and many more of those abroad wonder is if we are a good, fair country.

Buck up, we are hearing all about McTrump and his devotees and about Republican voters.  What they think is what they think; it is not (and the polls show it) what the majority in this nation think. 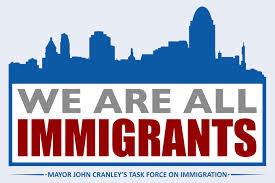